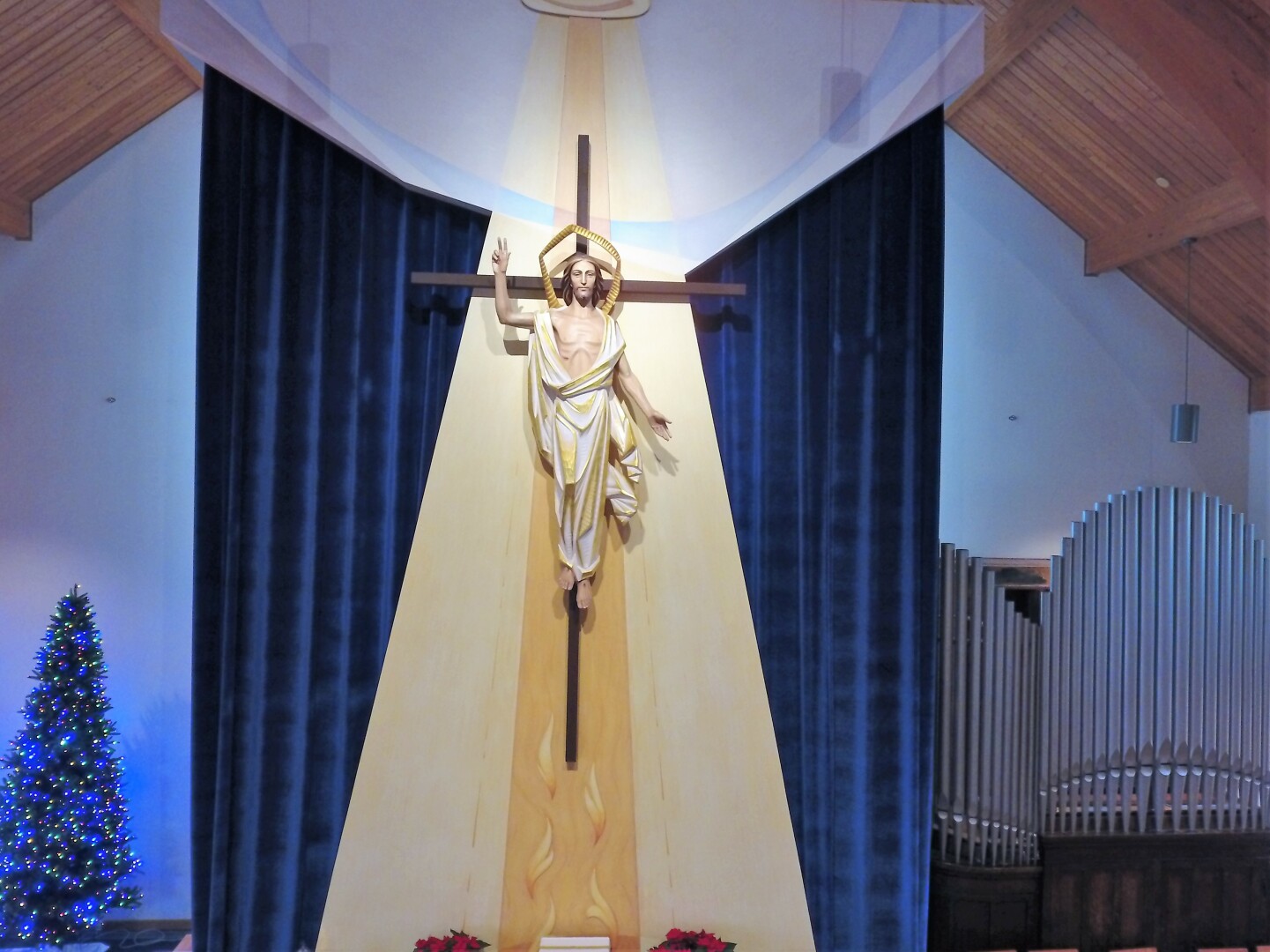 The Jesse Tree - A Catholic Tradition

During Advent at Queen of Apostles we have a Jesse Tree in the Narthex.  Each week you will find ornaments to color and hang on the tree.

Having a Jesse Tree is a custom reflecting the use of the image of Jesse and his descendent in Christian art and iconography. While we wait for Christmas during Advent. The Jesse tree reminds us of all the Patriarchs and Matriarch under the Old Covenant. It tells the story of God’s plan of salvation, beginning with creation and continuing through the History, Law and Prophets, down to the coming of the Messiah. We adorn the Jesse Tree with illustrated ornaments that represent all the people, prophesies, and events leading up to the Nativity of Our Lord. The ornaments of the Jesse Tree connect the Advent season with the faithfulness of God across all of History.

Feel free to use the ornaments provided or to make your own.  Take them home to color and return them each week as part of your preparation for the Christmas Season. Please see the meditation from the Director of Liturgy and Music below for further reflection.

The Jesse Tree – the Shoot of Jesse – Radix Jesse: a title of the Christ (A Meditation from the Director of Liturgy and Music)

When Vespers is celebrated, during Advent, on December 19, in the days before Christmas, the antiphon for the Magnificat (one of the famous “O Antiphons”) mentions one of the important titles for Jesus: the “Root of Jesse”.

“O Root of Jesse, which stands for an ensign of the people, before whom the kings keep silence and unto whom the Gentiles shall make supplication: come, to deliver us, and tarry not.”

In the Advent Hymn, “O Come, O Come Emmanuel”, we find this verse referring to the Rod of Jesse:

O come, thou Rod of Jesse free,
Thine own from Satan's tyranny;
From depths of hell Thy people save,
And give them victory o'er the grave.

Why is this title significant? What information does it convey? What does it mean for us and our spiritual lives?

The title is significant, because it is a shorthand way of telling us of the genealogy of Jesus. Jesus is of the house and line of the King and Prophet David. David’s father was Jesse.

The title informs us about how David, eighth son of Jesse, was anointed as King of the Jews (1 Samuel 16:1-13), and fulfilled also the roles of Prophet, Psalmist and Musician. It also reminds us that there is a blood and symbolic relationship between David and Jesus – see the genealogy in the first chapter of Matthew’s Gospel. Jesus, like David, is called the King of the Jews, ironically, by Pontius Pilate “Are you the King of the Jews?” during the Passion. The inscription that he commands be written and affixed to the Cross reads “Jesus of Nazareth, King of the Jews” (John 19:19-22) in Aramaic, Greek and Latin. When the Sanhedrin complained and demanded he change it to “he claimed to be the King of the Jews” we get one of the most famous quotes and intransigent reactions from Pilate: “quod scripsi, scripsi!” “what I have written, I have written!”. Jesus is also called The Prophet. Remember that John the Baptist is asked the question “Are you the Prophet?” – so as prefigured in the person of David, the Prophet and the Messiah (Anointed One) and synonymous with each other. By calling Jesus, the Root of Jesse, all of this messianic imagery and terminology is recalled.

For our spiritual lives, we do well to recall this title of Jesus, because it reminds us of the Incarnation – the enfleshment of the Second Divine Person of the Holy Trinity. In becoming man, the Second Person does not enter into humanity in some abstract sense. No. He has a family tree – he is born in a certain time and place, the blood relative of a particular clan. He represents everyone, because he was born as a someone. He was indeed born from the offspring of Jesse. He has relatives, and we know who they are. Have a look sometime at who those ancestors of Jesus are; they’re certainly not perfect specimens of virtue! Rather Jesus’s ancestors remind us of the kind of people you’d find in anyone’s family tree. They include Rahab the Harlot, David the Adulterer, Jacob who cheated his brother out of his birthright, Ruth the Moabitess, Tamar, who was mixed up in the scandal of Onan, and so on. Jesus is like us in ALL things, except sin. Like us, he had a family, and his family certainly had a past, but he calls us that whatever our pasts, backgrounds, whatever our estate in life, we are called to his holiness and to the redemption that he offers.

So call on Jesus, Root of Jesse, to ask him to help and heal your families; to give you the anointing of his grace; and to rule your passions, so that they are guided towards God’s holy resting place.

Some Scripture References to the Root of Jesse:

Ruth 4:13-17 – a reminder about who Jesse was in relation to Ruth and Boaz

Isaiah 11:10 – This verse prophesies the coming of the Messiah, who shall be a shoot of Jesse’s line, who shall call all the nations to himself and whose “resting place shall be glorious” (see the Magnificat Antiphon)

Romans 15:12 – Paul reiterates the prophesy of Isaiah, saying it has been fulfilled in Jesus.

Revelation 5:5 – Here St. John the Divine refers to the Lion of Judah, and the root of David – this is an equivalent title to Root of Jesse – and who is called to open the book and break the seals.